The Sexual Tribulations of an Overwatch Pose

The Sexual Tribulations of an Overwatch Pose 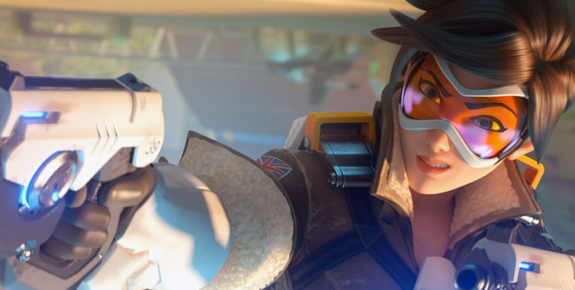 Something happened on the internet yesterday.

No, I’m not talking about how we’re all weaker than this grandma who deadlifts 225 lbs (but holy crap lady). I’m speaking of course to the removal of Tracer’s “over the shoulder” pose in Blizzard’s Overwatch. Sparked by a post written by community member Fipps, it challenged the butt-centric shot for being out of character for what we know of Tracer’s personality. It contested that these type of poses make sense for a character like Widowmaker that “is in part defined by flaunting her sexuality,” but for Tracer it reduces her to “another bland female sex symbol,” which is problematic when Blizzard has been doing a good job of creating robust characters so far. Due to this post, and internal reexamining of the character already on some Blizzard minds, Overwatch game director Jeff Kaplan mentioned they’d be removing that Tracer pose. As you can expect, the reception of this news wasn’t all sunshine and rainbows.

Now, a good portion of the outrage is centered on the topic should Blizzard have changed the pose/were they bullied into making this decision for business reasons, to which is part of the larger conversation of us living in a more politically correct world—a fun topic South Park explored brilliantly in their latest season.

Another portion of this conversation that I’m really interested in is how this speaks to the conflicting sexual culture a woman finds herself in nowadays: The issue of hyper sexualization and the empowerment of women who want to take it all back.

We live in an interesting time where women are now, more than ever, able to challenge the marketing thrown at us. We fight back against the silly and what’s made our eyes roll a thousand times, mostly because deep down we admit it hurts us on a personal level. This is the marketing that’s made us believe we’re only as good as how we look in a bathing suit—we’re tired of it because we know there’s more to us than that. So we’ll criticize the Tom Ford ads because yo, stop looking at my body parts as a way to sell and pander. With that, we’re now in a place where we can have that type of dialogue in the gaming sphere, something that just a few years ago was possible-ish but let’s be real: we were still in the stages of fighting the good fight of “We’ve existed as gamers all along, thanks for finally noticing!” 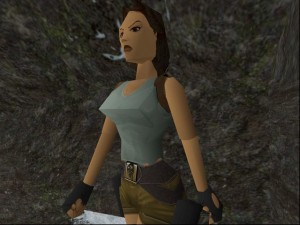 So now we’re able to question how impractical that armor looks, and why we’d love a Tomb Raider that is more than just an accidental mouse click polygon fetish. And all those comments are worth listening to, like the Overwatch pose debacle.

And hey, sometimes those comments are valid but developers can choose to stick with what they’d like, because it’s their product and they know the audiences they’re catering to, and that’s okay (Dead or Alive and Dragon’s Crown, to name a few).

But then there’s the other side of that same coin. The pattern of suppression of sexuality in America that’s partly to blame for the upward trend of hyper sexualization.

The type of stuff like a classroom assistant being fired for formerly being an underwear model. How depicting women’s pleasure is taboo for fear of showing too much on camera by the MPAA. How sexuality is a weird subject for American parents to broach, but it’s cool to have all that violence and gore in PG-13 movies though. It’s extremely confusing. Oh, and I callout American parents because I think we can all admit we’re weird when it comes to talking about and showing sex compared to our European friends.

Hence, there are many who want to take back the reigns on all that, and do have something to say when something as innocent enough as a pose is edited out. Because we should be fine with simple forms of sexualization without immediately reacting and fearing it reduces a character to a sex symbol. We should be able to see that it’s a character owning her sexuality without pandering. Jillian Holtzmann in the new Ghostbusters trailer is a good example of this type of sexy.

It’s hard to ask for the latter when you’ve grown up with hyper sexualized versions of video game characters and the marketing all around us is still some forms of “be pretty to be heard,” so it just feels like it’s just part of the ‘same old, same old.’ It’s hard when you truthfully believe certain design choices are made just because it’s part of the norm, that most female characters are scantily clad or posed sexually so why not just keep doing that, instead of taking a step back to see maybe that’s not necessary. That’s not to say that’s what’s happening with the Overwatch character exactly, but just an (oversimplified) explanation of people’s thought processes to these type of reactions.

So was the reaction overblown? Should the original pose stay? Are we being too PC? Is this a case of hyper sexualization or should we see this as an opportunity to take a hold of what sexualization means in our current media? I’m not sure, and I hope I’ve demonstrated that the answers to all these questions isn’t really that simple either.

UPDATE: Here’s the new pose, which definitely covers off on the “fitting her personality” complaint, while also keeping those accentuated traits from the original pose. As a business call, mission accomplished.