"How are you?" A powerful question that loses its meaning every day

“How are you?” A powerful question that loses its meaning every day 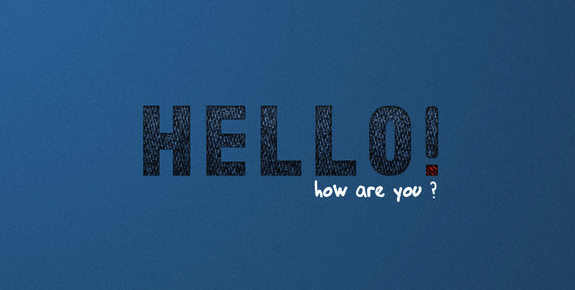 Here’s a quick experiment: for an entire day, count the amount of times the phrase “how are you?” comes up, either by uttering it yourself or others asking you. Of those times, how often did you actually engage in conversation? Better yet, how often did you give a meaningful response, or  cared about what the other person had to say?

Sound familiar? It’s such a simple phrase used repeatedly every day, but the collection of words are so much more meaningful than this.

It’s fascinating how the same question can have different interpretations depending on the group of individuals using it. If you ask your co-worker how they are, it’s likely you’re just acknowledging their presence in a friendly manner. If your significant other asks how you are, they’re genuinely interested in what happened in your day, or if anything’s troubling you.

And it’s the second, more profound usage that makes “how are you?” powerful. It opens a small path to meaningful conversations, regardless if there’s anything troublesome or overly positive to talk about. But then if you’re meeting someone for the first time at a networking event, “how are you?” is the most commonly used question spoken among strangers.

Why does it matter?

This started bothering me one day when I was heading back to my desk and a co-worker I hadn’t seen all day passed by. I asked, “How are you?” to which they replied, “fine,” with the most saddened expression I’ve ever seen on their face. Clearly my co-worker wasn’t fine, but casual conversation dictated that’s how they should address my greeting.

It was then I realized how meaningful the words are, but how much value it loses in everyday conversation.

Often times, co-workers ask “how are you?” on their way to meetings or the bathroom, so I sometimes don’t bother answering them back, given that they won’t hear my reply anyway. I’ve been guilty of doing this a few times myself. Then there’s those moments when you have nothing to say to someone, so you end up in a “how are you?” wormhole.

Culturally, using “how are you?” so casually—or the concept of small talk altogether—is hard for foreigners in the United States or other English-speaking countries like Australia and England to understand.

“After realizing what these great words of appreciation, care, and kindness mean in the U.S., one can feel a bit betrayed and resentful of their conversational partners, who suddenly seem superficial and insincere.”

We say “how are you?” as a way to be sincere because for us it’s a greeting of sorts—which is contradictory behavior for foreigners to comprehend. But can you blame them? If I were to respond honestly on a bad day how I’m feeling to an acquaintance, they likely wouldn’t know how to react since an acquaintance usually infers someone you’re not close to.

And that’s perfectly okay, because expecting an emotional investment from everyone is simply asking for too much. But that doesn’t mean we should run the words “how are you?” through the ground, just to ultimately make up for our vernacular laziness 🙂 Let’s bring meaning back to the phrase, and show our foreign friends we’re not “superficial and insincere.”

Instead of resorting to “how are you?” as your standard greeting, why not have some topics at the ready to talk about before approaching others. If you’re at a party with like-minded individuals or at a networking event, immediately inquire about the other’s profession and current projects. Seem interested because you ARE interested! In the process, it’ll make you stand out as a better conversationalist.

But what do you say when you just want to casually say hello to someone walking down the hall?! That’s it: hello, hi, hey, yo! It gets the same point across, you use less words, and you’re able to reserve your interesting conversations for a more appropriate time.

When you genuinely want to know what’s going in someone’s life, then “how are you?” is a perfect way to start.

I have thought a lot about this. You expressed my exact feelings! Of course, it’s not wrong to ask “how are you?”. But most people do have some concern on their mind and need to know that people care.