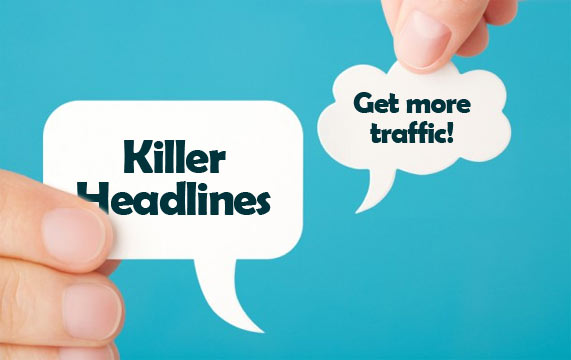 Lately I’ve been paying closer attention to the headlines I click on in my RSS feeds. Evaluating what drives a user to click on a particular subject based on the format and keywords is fascinating.

I’ve really come to appreciate the simplicity of game industry headlines compared to those of general news outlets—mainstream media aims for witty but instead produces confusing and boring titles. Still, video game outlets are not without their faults, and there’s one in particular that I’ve seen so often I’ve developed a pet peeve for it…

Stop writing “opinion” or “editorial” at the
beginning of your opinion headlines!

Editorial industry success usually comes down to the headlines. In print you feature the most eye-catching stories  on the front cover to secure a newspaper or magazine sale. Online, the more eyes on your website means more ad revenue, and headlines are the attraction mechanic. Everyday it’s a fight against the collective noise of information overload, so it bewilders me that some outlets don’t realize they’re doing themselves a disservice by adding the disclaimer, “this article is about one writer’s opinion,” before a reader clicks on the article.

Which are you most likely to click on? The second headline is vague enough that it could be an opinion piece, but it can also be interviews with fans from different countries, a video compilation showing the differences between the sport culture in America compared to the rest of the world, a roundtable discussion between experts, etc. It’s captivating enough that you want to know more, so you click.

The first headline already sets forth that it’s one person’s opinion. If a visitor glances the author’s name and see it’s not someone they recognize, they’ll most likely decide to skip the article together. But who knows if that visitor would have enjoyed the piece and fell in love with a new writer! Or even if they disagreed with everything the author said, they’d still have engaged the article.

Of course the argument then becomes, “But we don’t want to confuse the reader into thinking this is fact or a review of a product.” In the case of Destructoid’s “Opinion: Lightning Returns is by far the best ‘XIII’ game,” that’s definitely a possibility. But that’s a simple fix: inform the reader it’s an editorial piece within the article. Mashable has a disclaimer before the body of their op-eds:

and so does Polygon:

In fact, Polygon goes so far as to have a more detailed disclaimer explaining how their opinion pieces are meant to begin dialogue within the community on a particular subject matter. That’s great! Though, outlets don’t even need to go that far. Game Informer has a small little icon under their headlines that clearly screams “this is an opinion piece!”… but they also write “opinion” in the title so there’s room for improvement.

Sometimes you may not need any sort of disclaimer at all. In my editorial “How Our Gaming Habits Evolve As We Age” it’s made clear early on that I’m writing about my personal experiences. Yet, the headline is general enough that it could have been talking about a study recently published. Who knows, you have to click to find out!

If you don’t have fancy HTML to input a disclaimer to the likes of Mashable or Polygon, adding a tagline is also an option. In that same article there’s a tagline: “Playing Final Fantasy for hours on end was a staple of my childhood, but now it seems there’s been a striking change in how I approach videogames.” It clearly sets forth that I’m talking about my experiences.

To be clear, I don’t condone the practice of click baiting, that’s not with this article is about. Sites like Cracked—which I’m addicted to like… chocolate—are able to profit from click baiting practices (“Top 6 reasons why you suck at life”) because that’s what their site focuses on. Game industry websites take a more professional stance, so it’s a different scenario. My fear is that many outlets are losing on potential readership with these ‘opinion’ or ‘editorial’ headline precursors.

The word ‘opinion’ itself is just off-putting. I don’t want to read just your opinion; I want to read your convincing argument on why “Titanfall is the perfect game for people who are terrible at first-person shooters.” Wait, did a developer say that? Is there data that’s been published that confirms that? Let me click to read more… Oh, it’s just one editor’s opinion… Well I’m here already, and I’m intrigued, let me keep reading.